skip to main | skip to sidebar

One reader's response this month

In addition to this blog, I have my articles published in several places including a newsletter I send to a distribution list of tolerant followers.  One of them has sent the following response that is priceless. Everytime I read it I laugh until there are tears rolling down my face.  She has given me permission to reprint it. I know some of you will identify with parts of it but all of you will enjoy it.  Thank you Diane  Kniskern for making my day!

"WHAT?!!! You mean I don't need 8 pillows/4 sets of sheets for guests, even though no one has spent the night with us in over 6 years? What if they all show up at the same time??? Oh, yeah, we don't have any extra beds. Well, we had an overstuffed couch and love seat that I bought for $150 at a yard sale in 1992 at . I was saving the bedding for those. But they took up almost the whole bonus room and there was no room for the $10 recliner I got for my husband's knee replacement 2 years ago, so I called Good Will to come get them.


Unfortunately, the 300 lb man with breathing problems and the 85 lb teenage driver were unable to lift the couch over the back stair railing to the large front stairs, so the larger man held it while the younger one ran down and around to the bottom of the back stairs. Then the big one let go and the little one almost got crushed at the bottom of the stairs, as the doorway was too small (as I had previously suggested to them...). Well, they finally managed to get it back up to the top and by then, the large man was panting and drenched with sweat. I took his pulse and, fearful he might have a heart attack, told him to lie down on the couch while I got some water for them. Then, I went to garage to get my handy dandy chainsaw and I cut that sucker in half. The couch, I mean! I told the man to get on the love seat. So, they were able to get the couch out in two pieces and the love seat onto their truck. They didn't even take the couch! (They don't take calls from me anymore, either.) 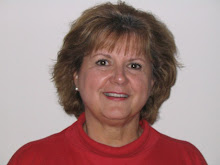